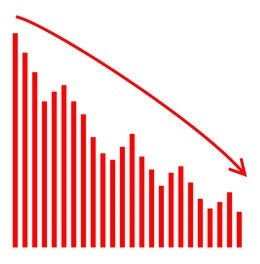 Last week saw the untimely death on his 67th birthday of David Thompson, the former chairman of Marston’s, which, it should be remembered, in fact originated as Wolverhampton and Dudley Breweries, but took on the name of the Burton-on-Trent company after taking it over in 1999. He was the last member of the founding family to run the business, and had assumed the position of Managing Director in 1986 at the age of only 32.

It also saw the retirement of his successor, Ralph Findlay, who was interviewed by Roger Protz here. He offered a sobering assessment of the current state of the cask beer market.

“Cask has taken a terrible hammering,” he says. “The beer market is no longer a cask market. It’s a changing demographic – young people are not drinking cask and brewers are putting their money behind craft beer.”

“Banks’s and Pedigree haven’t performed well,” he says bluntly. “The market is changing and the Banks’s market is disappearing. There are no mild drinkers left – the industry has gone.”

Of course, some responded that it’s hardly surprising as Marston’s beers aren’t much cop anyway, but that falls into the familiar trap of assuming that everyone else is going to like what you like. Most people who drink beer in pubs don’t drink cask anyway, and those who do aren’t in general interested in beers they’ve never heard of. The idea that keg and lager drinkers will suddenly be converted to real ale if only their local pub was able to stock Crudgington’s Old Snotgobbler is a fallacy that dates back to the early days of CAMRA.

Of course the pub trade is still operating under lockdown restrictions, and it will be some time before things return to anything like normality. Increased footfall and turnover may improve the position of cask. But overall this is a very pessimistic view of its prospects. It echoes many of the points I made three years ago when I wrote about The Cask Crisis. As I explained in that post, there’s no simple answer, but they key must be that pubs treat cask as being at the core of their offer rather than just an afterthought at the end of the bar.

Part of the problem is that the whole system of cask storage and dispense was designed for high volumes and rapid turnover. It is ill-suited to a world where endless variety is prized and there is an increasingly long tail of niche products. Quality is the Achilles Heel of cask, and it is all too easy to get into a vicious circle of declining sales leading to a lower and less consistent standard of beer. It’s not that it’s often completely off, but it’s all too common to come across pints of cask that are just that little bit warm, flat and stale.

I haven’t yet seen much evidence of pubs removing cask beer entirely, although obviously I haven’t been out and about anything like as much as normal over the past sixteen months. Yes, it is happening at the margins, but not really in the kind of pubs you would naturally expect to stock cask. The situation in this area is also affected by a high proportion of pubs belonging to family brewers which are strongly committed to cask. It is when we begin to see the high-profile pubco pubs no longer feeling that they need cask as part of their offer that we really need to start worrying.

You might well think that, if cask beer is struggling, there is already an organisation ideally placed to champion and promote it, and indeed incorporates it in its name. However, over the years, CAMRA’s objectives have multiplied and become more diffuse, and cask beer itself doesn’t seem to feature very high on its list of priorities. No doubt many members will say that Marston’s beers wouldn’t be much loss anyway, while happily sipping on a keg mango sour in the craft bar. It is a touch hypocritical to claim that you are campaigning for real ale while at the same time dismissing most of it as not really worth drinking. And if you erode the mainstream market, you reduce the number of potential recruits for the supposedly superior products.

Despite what some revisionists may claim, CAMRA’s original purpose was not one of promoting choice and innovation in the beer market. It was to champion the idea that the ordinary, everyday ales served in British pubs should be cask, not keg or top pressure. They were more than happy to list pubs selling Banks’s and Pedigree in the Good Beer Guide. And that is what the organisation seems to have lost sight of.

So possibly it is time to look more to the Society for The Preservation of Beers from the Wood, or revive this idea which I floated a few years ago. Or maybe cask will only be saved if it is freed from the clutches of “beer enthusiasts”.