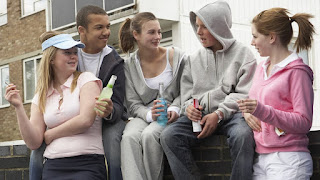 It has been reported that, to help achieve their target of achieving a “smoke-free Britain” by 2030, the government are looking at raising the legal age for buying cigarettes to 21. This would put it out of line with pretty much every other normal activity in society. We have established now that 18 is the age of majority for virtually everything. The only areas where the minimum legal age is 21 are those where some additional degree of maturity is considered desirable, such as adopting a child, supervising a learner driver and gaining an HGV or commercial pilot’s licence. Yet smoking, while widely deprecated, remains a legal activity, and one that is enjoyed by very many people.

Young people would still be easily able to obtain cigarettes either from co-operative adults or via the black market, so it’s hard to see this making any meaningful difference to availability. And, given that smoking is already outlawed in any indoor social settings, there aren’t really many situations where a young person lighting up would raise eyebrows. On any warm day in a city, the smell of cannabis is already widespread, and that is illegal for any age.

There’s no suggestion that possession would be outlawed, only the act of purchase, so the police wouldn’t be patrolling the streets demanding that any young smokers they come across prove their age. And it’s hard to see that pub licensees would have much enthusiasm for checking the age of smokers in beer gardens.

And what kind of message would this send to young people, that they’re not considered mature enough to act responsibly? As a society, we pay a lot of lip service to the interests of the young, while in numerous ways seeking to restrict their freedom of action. The previous increase in the tobacco purchase age from 16 to 18 in 2007 went through with very little adverse comment, although it was overshadowed by the indoor smoking ban introduced earlier in the same year.

The only area where there is pressure to increase their freedoms is in reducing the voting age to 16, but would that really achieve any more than giving them the opportunity to choose what colour of stick they prefer to be beaten with? And it’s hardly a consistent message to say that you are considered old enough to decide who should govern the country, but not what you can put in your own body.

Once the principle was established, there would inevitably be calls to extend it to other areas, in particular alcohol. Oh, that will never happen, many will say. But it has already been proposed in Scotland. Fortunately it wasn’t implemented at the time, but it clearly indicates the thought processes of the public health establishment. What would it say to a young soldier who had been putting his life on the line in Afghanistan, but then wasn’t allowed to buy a few cans to relax at home with his family?