First, they came for the nightclubbers 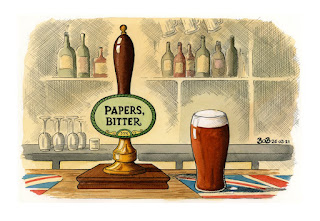 Earlier this year, I wrote about the threat of the introduction of vaccine passports, especially as it might potentially affect the pub trade. Things seemed to go quiet on this front over the summer, but it has now resurfaced. Although the government has, for now, ruled out their introduction in England, they are to be implemented next month in Scotland and Wales for nightclubs and similar venues. And yesterday a consultation document was issued on their possible application in England, which must be the first time I have seen the word “discotheque” used in a contemporary context for years.

It seems to me that the whole idea of forcing responsible adults to be medicated, or seeking to deprive them of their liberties if they were not, is fundamentally repugnant and immoral, as is expecting people to accept medication primarily for the benefit of others. Bodily autonomy is a fundamental human right. It is the kind of thing that is done in totalitarian states. While not exactly the same, it is analogous to the various forms of discrimination, including that against people with disabilities, that are prohibited under equalities legislation.

It has also been argued that, as these vaccines are still in an experimental stage, any attempt to coerce people into taking them would contravene the Nuremberg Code, which was introduced in the 1940s to outlaw various kinds of non-consensual medical experimentation carried out by the Nazis.

Of course there is an argument that, in a time of emergency, normal civil liberties may need to be suspended, although we must always bear in mind the words of the economist and philosopher Friedrich Hayek that “If we wish to preserve a free society, it is essential that we recognize that the desirability of a particular object is not sufficient justification for the use of coercion.” There is also always a tendency for emergency measures to be kept in place long after the emergency they were intended for has passed. However, even at a strictly utilitarian level, the idea falls flat on its face.

It has become clear over the course of this year that some of the early expectations for the vaccines were overstated. Yes, they are effective in greatly reducing the severity of infection for people who do contract Covid, and I’m certainly not seeking to dissuade anyone from taking them. However, they do not prevent people from contracting Covid at all, and nor do they stop them transmitting it. With over 80% of the adult population now double-jabbed, far more of those being hospitalised or dying of Covid are now vaccinated than unvaccinated. So it’s hard to see how passports could be of much value in preventing or restricting the spread of the disease.

The proposals also make no recognition of the role of natural immunity amongst those who have already had Covid, which is said to be considerably stronger than that of vaccination. This strongly suggests that the primary motivation for the scheme is not so much health as control, and a desire to maximise the proportion of the population who are vaccinated. No end point is given, or even any indication of what the criteria would be to discontinue the scheme, which is something that always raises suspicion.

The implementation of the scheme would also bring about severe practical difficulties. This may be relatively simple for nightclubs, which already control entry, but many other types of venue have multiple entry points and would need to recruit additional staff to carry out the checks. The Labour Party Conference that is currently in session has already abandoned mandatory certification in favour of random spot checks because it was proving impractical.

It could also in practice lead to racial discrimination, as a much lower proportion of ethnic minorities have been vaccinated than whites. This primarily results from greater reluctance, not from a failure to make vaccines available. In New York City, the implementation of vaccine passports has been strongly opposed by Black Lives Matter, which no doubt will pose a moral dilemma for some.

The argument will be made that, if you’ve been vaccinated, why should you have anything to worry about? However, many vaccinated people are likely to feel uncomfortable about enjoying events and facilities from which a substantial minority are being excluded. The same is true of business owners, who will be faced with a Devil’s bargain of having to accept something that they feel is morally objectionable in order to stay afloat.

Nightclubs have been the primary focus of discussion on the subject, but in fact the scheme will extend considerably further to cover various kinds of large indoor and outdoor gatherings including, for example, music venues and sports events. So nobody should just say “I never go to nightclubs, I don’t care.” And, while these proposals do not extend to smaller hospitality venues such as pubs, the government have not ruled this out, and indeed Sajid Javid has specifically said it is something that may need to be considered over the winter.

So, in conclusion, vaccine passports would be totalitarian, immoral and ineffective, which raises the question of why the government seem so keen on them. I would say that it falls into the category of “something must be done”. Covid, while no longer an existential crisis (if it ever was), remains a serious ongoing problem and this at least is being seen to be doing something about it, even if in practice it makes little or no difference. This is why they have been enthusiastically taken up by many governments across the world in a kind of wave of mass hysteria rather akin to that which led to a domino effect of competitive lockdowns in the Spring of last year.

There has been a considerable amount of political opposition, at least in England, although it remains to be seen whether the Labour Party will be prepared to stand against the plan if it ever comes to being implemented, or whether they will continue to act as Johnson’s human shield. It’s not going to happen without a fight.

Many organisations, business groups, campaigners and professionals, including a strong contingent from the hospitality industry, have joined forces to sign the Together Declaration against mandatory vaccine passports. If you are concerned by the plans, I’d urge you to add your name to the list. And the pressure group Big Brother Watch have gained a lot of media coverage for their high-profile campaigning on the issue.