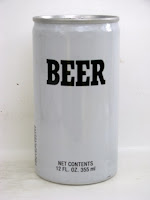 The Morning Advertiser reports that the drinks industry are becoming increasingly concerned about the potential introduction of plain packaging for alcohol, which, it is claimed, on a global basis could cost them up to £350 billion. This has been supported by bodies such as Public Health England and the Institute for Public Policy Research.

Now, I can’t help being reminded that, at the time of the smoking ban, the idea that the principles of the anti-tobacco crusade would be extended into other areas was pooh-poohed. Smoking is a special case, we were told, and the likelihood of a slippery slope was just scaremongering. But, while it gives me no pleasure, it’s impossible to avoid something of a feeling of vindication to be proved right and to see the tobacco template increasingly being applied to soft drinks, so-called “unhealthy” foods and, of course, alcohol. Basically, pretty much anything people consume that they might enjoy.

Of course, this isn’t going to happen next year, or even in the next five years. And, realistically, plain packaging is pretty meaningless unless it is accompanied by a comprehensive ban on advertising and promotion, as we have seen with tobacco products. But the Overton window has now been opened and brought the subject into the sphere of public debate, and in the coming years the pressure is only going to increase.

The quoted figure of £350 billion refers to the total revenue that would come under the scope of the restriction, not the profit the industry would stand to lose. Indeed, in the short term, profits might increase as companies no longer had to spend any money on advertising or product development. However, their scope to conduct business would be greatly curtailed, and they would be reduced, like tobacco companies, to producing a declining but still lucrative product, but having very little ability to influence how the market operated or even to compete in any meaningful way with each other. Plain packaging takes away a key means of differentiating your product from others and reduces it to a generic item.

Nor would it stop people drinking, as they take up alcohol following the example of family members or peers, not because they are seduced by glitzy labels. But what it would do is to ossify the market in the form it took before the restriction came in. Product knowledge would depend on folk memory and word-of-mouth and, increasingly, price would become the main determinant of choice, as it has with tobacco products. Innovation and new product introductions would become virtually impossible. And, while measures of this kind are sometimes portrayed as a way of attacking corporate power, it is the little guys and the new entrants to the market who would suffer to a much greater extent than the big, established players.

Ultimately, this is a highly patronising and illiberal policy that seeks to control people and deny them the opportunity to make informed decisions as to how to live their lives. It is “we know better than you”, and needs to be strongly resisted by anyone who is interested in the protection of individual freedom.

Posted by Curmudgeon at 8:00 am