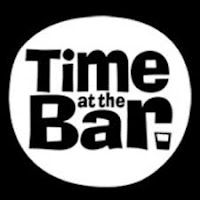 There used to be a very straightforward ritual attached to closing time in pubs. Ten minutes before the actual time, “Last orders at the bar!” would be called. Then, at the hour itself, it was “Time, Ladies and Gentlemen!” And, after ten minutes of drinking-up time, it was chucking out time, when the customers would be asked to leave the premises with varying degrees of firmness.

Drinking-up time was interpreted differently in various areas – Birmingham, for example, was very strict, while Greater Manchester tended to be much more relaxed. However, it was a standard routine that was generally understood and accepted. And, of course, with afternoon closing too, it happened twice a day. In 1988, when all-day opening was finally permitted, the permitted drinking-up time was extended to twenty minutes, which in many places was merely a recognition of what was already happening. But, otherwise, nothing changed.

However, the 2003 Licensing Act, which was implemented in 2005 and led to a much more liberal regime overall for opening hours, swept this away, and left it much more to the discretion of individual establishments as to how they managed the process. On the face of it, that may sound like a welcome measure of deregulation, but in practice it often just leaves drinkers confused and disgruntled. This is exemplified in this blogpost from Boak & Bailey and this tweet from Jules Saunders:

This boils my piss. Enter @KingsArmsOxford after late-night concert & when ordering drink ask what closing time is. Specifically told 12. Lights flash at 11.30. Go straight to bar and told no service as "closing early tonight". At least 100 customers in! @oldmudgie @WestBromEL

There are three interlinked problems. One is that it has become increasingly difficult to establish when pubs are actually expected to close, something made worse by many pubs’ habit of describing their hours as “12 till late”, which is no use to man or beast. Then, even when hours are published, they may vary them apparently capriciously from one night, and one week, to the next. And, when you’re actually in the pub, it may not be at all clear when closing time actually is, and you may be taken aback when the shutters suddenly come down without warning. If you are eating in a restaurant or watching a film in the evening, it really helps to know where you can be certain to be able to get a drink afterwards.

I can’t say I’m actually in pubs very often at late-night closing time, but I’ve certainly heard many complaints about it. Plus I have experienced the situation where you’re in a pub and are not sure whether to get another one in before 11, or whether to wait until you’ve finished your pint. Of course you can ask, but you really shouldn’t have to do that. If a pub ever deviates from the standard closing time, why can’t it display a sign above the bar saying “Bar closes at midnight tonight” or whatever?

This is another manifestation of the sense of entitlement still widespread in the licensed trade, a feeling that customers should feel privileged to be allowed in at all and really have no right to be provided with decent, reliable information. Another example of this is the unwillingness to display price lists. Shops tend to operate fairly standard and predictable hours, but pretty much every one displays its hours outside. Pubs’ hours are far more diverse and variable, yet equally far less likely to be on view.