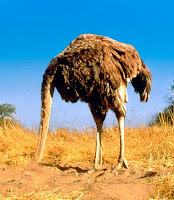 I was struck by this piece from Chimp magazine (?!) who gathered together a panel to discuss the state of the pub trade in Manchester.


The item closest to The Chimp’s heart, though, was the panel on the putative demise of the Great British Boozer. And what a thoughtfully selected panel it was: Oliver Robinson of Robinson’s Brewery, Jan Rogers of Marble Brewery, Cleo Farman of Odd Group and John Quilter, former proprietor of now defunct Marmalade in Manchester 21.

Their discussions contained the astonishing statement that:


The panel also concurred that the smoking ban had had zero effect on their bottom line, and at least two of them enjoy a fag now and then to our knowledge, so no baccy-free evangelism here.

Now, that may be true for handful of metrosexual bars in Chorlton and Central Manchester, but surely these people cannot be blind to the pub devastation in Manchester’s suburbs and satellite towns. And are they saying that every single pub operator who has attributed reduced profits to the smoking ban over the past few years has been lying? Take this, for example, from J. W. Lees earlier this year:


JW Lees, the family-owned brewery based in Middleton, blamed another poor summer and the continuing impact of the smoking ban introduced in 2007 for a 34 per cent drop in profits in the year to March 31, 2009.

And I can’t honestly believe that is Oliver Robinson’s opinion, given the number of his company’s pubs that have closed over the past three years.

The continued denial of reality from some sections of the pub trade, while pubs continue to tumble like ninepins around them, is truly amazing.
Posted by Curmudgeon on July 31, 2010