A price worth paying? 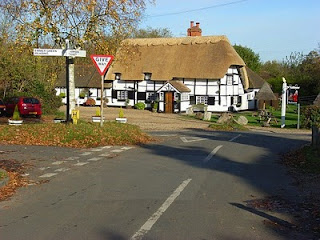 Critics of the proposed reduction of the drink-drive limit point out the impact it would have on rural pubs and on rural social life in general (and in this context, “rural” means anywhere outside of big towns, not just the deep countryside). In the past, I have seen suggestions that an 80-50 limit cut could result in the closure of up to ten thousand pubs, although some of them may now already have been accounted for by the smoking ban. 7,500 is more likely. It scarcely needs repeating that pubs are widely valued as social centres and a cohesive point for village and rural communities.

The North Report acknowledges this but doesn’t really properly address it:


There were concerns expressed about the impact of a reduced blood alcohol limit on the drinks industry. The British Beer and Pub Association was particularly concerned about the impact on rural pubs, saying that drivers would be reluctant to go out to pubs which involved driving and would be reluctant to go for meals in groups where the driver could not drink. The Association said, “Lowering the BAC limit will therefore have significant impact on footfall in rural food-led pubs resulting in loss of sales across all areas, but especially food”. Their concern was heightened because of the particular reliance of many pubs on food to maintain their profitability. The Association went on to calculate that if one-third of those currently arriving at pubs by car chose not to go, pubs would lose £624 million a year. This was hugely significant, they said, because pubs were closing at the rate of 39 per week. The consequent loss of duty would also impact upon the Exchequer. This concern for pubs, and rural pubs and their place in rural life, was shared by others in the industry who gave evidence to the Review, with the Federation of Licensed Victuallers Associations, for example, writing in very similar terms.

Any policy proposal that is likely to make large numbers of lawful businesses unviable and result in a serious detriment to rural communities should not be allowed to go through on the nod. Surely there needs to be a detailed investigation of the effect that reducing the limit might have on rural pubs and communities. It may be a price worth paying, but that price needs to be quantified.

It is always difficult to forecast the effect of any legislative change on the licensed trade, particularly as it has long been characterised by the triumph of hope over experience. For example, while the smoking ban has undoubtedly led to the closure of large numbers of pubs, some of the pubs that had seemed most vulnerable – landlocked, no outside drinking space, no food trade – are still in business.

However, looking at the proportion of customers of a pub eating meals, in conjunction with the proportion arriving by car, will give a reasonable impression of the potential effect of a limit cut on any particular pub. A pub with entirely wet trade and all customers arriving by car will have no chance. But a pub with 75% dining, and 65% arriving by car, will be in a better position than one with 10% dining, but 45% arriving by car. People will be much more likely to continue to visit pubs to eat meals and drink less than they will be just to have a drink and a chat. Also those eating meals are more likely to travel in groups where the driver may not feel he is making too much of a sacrifice by being abstemious.

Anything with under 25% arriving by car would have little to worry about – which underlines the sense behind Wetherspoons’ long-standing policy of concentrating on town-centre sites, even if at times it may have given the impression they were ducking competition and limiting their options.

As with the smoking ban, the effect on pubs would be slower and more insidious than might be supposed, and likely to take at least five years to work itself out, as licensees try new ideas and formulas in a usually futile attempt to attract new custom. There are plenty of pubs that in the long run have been made unviable by the smoking ban, but are still open and struggling along. But the idea that it wouldn’t close pubs at all, or that the effect would be trivial, is simply incredible.
Posted by Curmudgeon on July 23, 2010