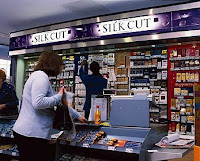 Good news that the coalition government are reported to be considering scrapping Labour’s plan to ban the display of tobacco products in shops. Not surprisingly, the likes of ASH have been foaming at the mouth with outrage. This was always an absurd, spiteful measure that would impose substantial costs on small retailers and restrict consumers’ access to information about the price and availability of a legal product while, paradoxically, if you believe the evidence from countries that have implemented it, doing nothing to achieve its stated aim of reducing the prevalence of smoking. According to Parminder Singh, president of the National Federation of Retail Newsagents:


“It is precisely the kind of measure that should be first in the deregulation firing line: unwanted, unworkable, unnecessarily costly for struggling small businesses and proven not to achieve its objectives.”