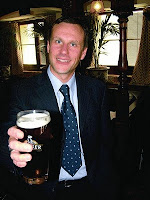 I can’t say I was particularly surprised to read the reaction of CAMRA’s Mike Benner to the government’s “minimum pricing” plans, although even so it was dismaying to hear him recycling the anti-drink lobby’s stock catchphrase about supermarket lager being sold at “pocket-money prices”.

He then went on to say “For any ban to have a meaningful impact it is vital that the cost of alcohol production is factored in, which for beer will produce a floor price of around 40p a unit – double what is being proposed,” which shows a total failure to understand the economics of the off-trade alcohol business. Has he never been in a discount offie?

In reality it’s not remotely difficult to buy own-label or minor brand beer, for about 30p a unit, and I don’t think anyone’s making a loss on that. Equally you can buy wine for £2.99 a bottle, and spirits for £8.99. Those drinks may be cheap crap, but they’re not loss leaders.

The whole business about supermarket loss-leading on alcohol is a delusion. Tesco are not fools, but they do know how to drive a hard bargain, and I’d be amazed if more than 2% of the total alcohol units that go out of their door are sold at below the suppliers’ invoice price. Probably not even 1%. As Richard Dodd of the British Retail Consortium (quoted by Chris Snowdon here) says: “if you just stop and think about it for a minute, no business could survive – let alone thrive – if it was routinely selling large amounts of product at less than it was actually paying for it.”

CAMRA are often heard parroting the line that “well-run community pubs have been recognised as part of the solution,” but in reality the anti-drink lobby couldn’t give a toss about community pubs which, in any case, are almost without exception dens of the kind of binge-drinking they deplore. Show me the pub where nobody ever drinks three pints of Stella (or equivalent) at a sitting. They are just playing a cynical exercise in divide and rule, and people like Mike Benner have been suckered in.

The phrase ‘Useful idiot’ has often been used as a pejorative term for those who are seen to unwittingly support a malign cause through their naïve attempts to be a force for good. And it’s difficult to avoid the conclusion that Benner has become a useful idiot for the neo-Prohibitionists.

On a more positive note, Brendan O’Neill in the Daily Telegraph makes a robust attack on the concept of minimum alcohol pricing:


What we have in minimum alcohol pricing is a prohibition on the kind of boozing that Cameroons and Cleggites consider immoral: the cheap and speedy consumption of lots of drink with the aim of getting temporarily wasted. Such drinking might not be the high point of human civilisation, but it should not be punished and possibly even banned simply because it doesn’t conform to some political squares’ idea of what a proper night out is. This is prohibition through the backdoor, targeted at those whom the political classes consider to be reckless and self-destructive.

Not only is it an exercise in bansturbation, it also demonstrates rank snobbery and contempt for the less well-off in society.
Posted by Curmudgeon on January 19, 2011