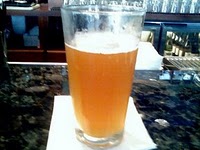 In the most recent poll, I asked the question “Is clarity important in British bitters and pale ales?” There were 54 responses, broken down as follows:

Now, I make no apology for falling firmly into the first camp. This can lead to accusations of “drinking with my eyes”, but to my mind it is important that beer appeals to the eyes as well as to the tastebuds. It's generally accepted that you enjoy food more if it’s attractively presented rather than just dumped on the plate, and the same is true of beer. British cask beers, even dark milds, are meant to be crystal clear, and if they’re not, 99 times out of 100 it represents either poor cellarmanship or something inherently wrong with the cask. And, however tolerant enthusiasts may be of haziness, if you’re trying to encourage people to try cask beer it’s a major turn-off.
Posted by Curmudgeon on March 06, 2011