Held up for the last time? 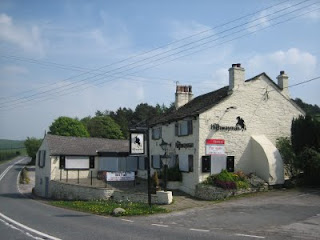 Here are a couple of sad pictures, taken in today’s Spring sunshine, of the closed and boarded Highwayman at Rainow in the Cheshire part of the Peak District. Originally called the Blacksmith’s Arms, and locally known as “The Patch”, this was one of England’s classic inns, the interior a warren of small, low-ceilinged, thick-walled rooms warmed by real fires. Despite its isolated location, it was once busy, lively and characterful. In the late 1980s I remember it serving, amongst other fare, the now very rare pub pizzas. Recently it seems to have struggled, and the last reports were of it falling victim to the dreaded gastropub craze.

I would be amazed if it ever reopens as a pub now, even more so if it was anything like it once was. So let us salute the passing of a once superb pub, like so many others killed by political correctness. This was probably, in its day, the best pub I ever knew that has now closed.

It is still shown as open, and looking very inviting, on Google StreetView. 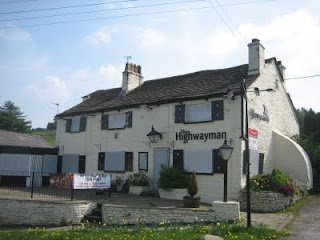