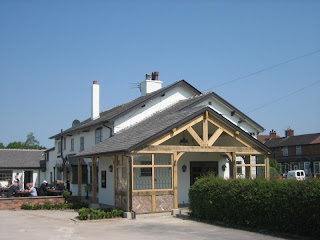 For a change, here are a couple of photos of a pub that is actually open, Robinson’s recently refurbished Tatton Arms at Moss Nook near Manchester Airport. In general, they’ve done a pretty good job of it, although as always a little of the former character has to be sacrificed to the demands of the modern world. However, the feature that really stands out is the elaborate, timber-framed smoking shelter tacked on to the south end of the pub, shown on the first picture. 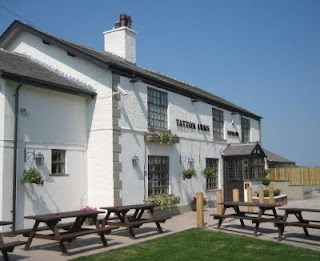