Guiding punters to the door 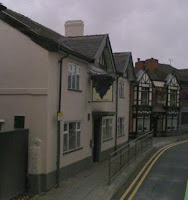 A couple of years ago, the Good Pub Guide attracted a lot of criticism for its plan to charge pubs £199 a year for a full entry in the publication. This raises the question of how much extra business an entry in a guidebook actually brings in for a pub. While it does include other types of pub, the GPG very much majors on the middle-class rural dining pub where you’ll get a nice braised lamb shank with redcurrant jus and coriander mash. If you run that type of pub, especially in a touristy area, you’ll probably attract a lot of trade from featuring in the book, so your outlay is likely to be well worthwhile.

CAMRA’s Good Beer Guide obviously has a very different remit, and of course doesn’t charge for entry. It also covers a wider overall spectrum of pubs than the GPG. Here there’s likely to be a wide variation in the amount of trade an entry will attract. Many people use the GBG as a kind of woolly-jumpered version of the GPG, and the food-serving pubs in the National Parks and other heavily touristed areas are likely to gain the most benefit. Likewise pubs in the centres of tourist-friendly towns like York and Stratford that don’t tend to be so well represented in the GPG. The beer-ticking fraternity will be on the lookout for new venues where they might get a few scoops, and any major city centre will have people staying on business or for conferences who will want to know where they can get a decent pint in the evenings. Pubs near football grounds like the Armoury in Stockport may well attract trade from visiting fans.

But pubs in the suburbs, or in smaller towns with little tourist appeal like Northwich or Worksop, are unlikely to see many new customers, especially if they don’t serve food, or if they are just two-beer locals rather than having an array of beers on the bar. The picture shows the Grapes in Hazel Grove (page 317 of the 2012 edition), a Robinson’s pub which according to the Guide just offers Hatters and Unicorn, although I understand it now has seasonal beers as well. It’s an excellent little boozer, and to my mind it’s a good thing that the GBG can still find space for pubs of that type, but it’s hard to imagine that many people will open the Guide and identify it as a must-visit pub. Indeed the casual pubgoer in Hazel Grove would be more likely to make for the Spoons a few doors down the road. In many cases, an appearance in the Guide is primarily a badge of accomplishment for the licensee, not a generator of trade.

There’s also the question of how much value an entry in the GBG will be to a Wetherspoon’s. In practice, I would say very little. I recognise that some are far better than others in terms of beer quality, beer range and ambiance, but I’d say if you’re inclined to go in Spoons and find yourself in a strange town, you’ll probably go in anyway, and if you’re not you’ll still stay away. And they don’t tend to hide their light under a bushel down alleyways and in back streets. If the beer’s good, you may stay for another, and when you get back to the hotel note that the pub was in the GBG, but it probably won’t influence your decision in the first place. Therefore, from a personal perspective, listing any Spoons is a waste of space – I expect the Guide to lead me to places that I might not otherwise have found.