Can’t see the wood for the trees 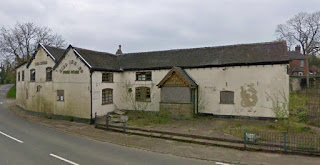 To listen to some people, you would get the impression that the main reasons for pub closures were a combination of pubs being poorly run, and being sold off by greedy pub companies acting in association with rapacious supermarkets and property developers. However, this, whether through simple ignorance or a wilful refusal to confront the facts, fails to recognise the wider picture.

In the period since 1979, beer sales in pubs have declined by over 60%, and around a third of the pubs in the country have closed. There has been a marked long-term secular decline in the demand for pubs which goes far beyond the specifics of individual businesses. Obviously, in an overall declining market, it will tend to be the better-run pubs that survive, and the worse-run ones that go to the wall, but the underlying reason for pubs closing en masse is not that they haven’t moved with the times and have failed to give customers what they want. Indeed, the average pub now is much better run and more welcoming that it was in 1979. It’s also the case that many pubs have become unviable due to an unfavourable location despite the best efforts of the licensees.

I asked the question here what difference it would may to the overall pub market if the average pub was run as well as the best. The conclusion was that overall trade would be unlikely to increase by more than a few percentage points. To suggest that pubs could have held on to most of the lost trade by being run differently is frankly ludicrous.

Equally, while I’m sure there have been cases of profitable pubs being sold off for redevelopment as flats or convenience stores, there are few areas of the country where there aren’t plenty of recently-closed pubs in all kinds of locations that would be available to anyone wanting an entry into the trade. There must be at least half a dozen in central Stockport alone. The fact that would-be pub entrepreneurs haven’t snapped these sites up suggests that they don’t see a potential market there, and those who whine that “pubs only close because they’re shit” always seem strangely reluctant to put their money where their mouth is. While matters may be different in some parts of London subject to intense development pressures, I’m not aware of a single pub around here sold for conversion to alternative use that previously could have been said to be thriving.

And, if you fail to understand the true nature of the problem, whether through ignorance or choice, you are never going to come up with a solution.