Pubs we have loved and lost 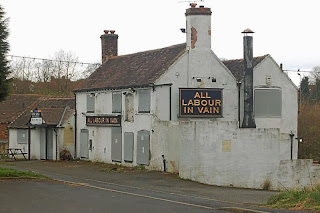 Here’s an interesting piece of nostalgia from the Shropshire Star about pubs that have been lost in the county in recent years. The comments about pubs being caught in “planning limbo” are particularly pertinent.


A particularly agonising possibility for failed pubs is that they will be in planning limbo land. In this set of circumstances local people tend to be vociferous in wanting to keep the pub, even if they don’t often drink there themselves, and the local council supports them by refusing to give planning permission for conversion into homes, or whatever. The publican or pub company argues that the pub is not viable and that nobody wants to buy it as a pub.

And so there is a standoff. The building is in the worst of all worlds, a pub that is not a pub, and not really anything else either. If it is not occupied, it will deteriorate, with every day an incremental decrease in the chances of bringing it back to life successfully.

Empty buildings are vulnerable buildings, and a few closed pubs have been burned down.

But it’s very hard to deny that, sad though this toll of closures may be, the underlying cause is a long-term fall in demand that has rendered more and more pubs unviable.

The picture is of the interestingly-named All Labour in Vain at Horsehay in Telford.