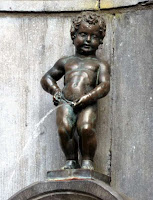 Amidst all the excitement surrounding news of lockdowns and tiers, Budweiser Brewing Group UK & Ireland (which seems to be the new name for the UK offshoot of AB InBev) slipped out the news that the strength of Stella Artois, Britain’s best-selling premium lager, had been reduced yet again, from 4.8% to 4.6%. They came out with the usual corporate guff to justify this move:

The AB InBev-owned brewer stated that the change was in line with its commitment to responsible drinking, addressing the consumer need for moderation by giving people greater choice in how they can moderate alcohol intake without having to sacrifice on the taste of their favourite beers.

Dorien Nijs, Brewmaster at the Stella Artois Brewery in Leuven, commented: “We know that taste and quality remain the number one priority for Stella Artois drinkers, and we also recognise an ongoing health and wellness trend through moderation. We are proud that we can now deliver the same Stella Artois taste people know and love, with an ABV of 4.6%.”

The brand highlighted that the 4.6% ABV bracket has been the fastest growing in premium beer in the UK, more than doubling in size over two years.

In other words, we have sneaked this move through when we hoped nobody would notice, so we can save some duty and appease the public health lobby.

Looking back through my blog archive, it’s a full twelve years since the strength of Stella was cut from the original 5.2% ABV to 5.0. (Some have suggested it was once even stronger than 5.2%, but I’ve seen no evidence for this.) It was then cut again to 4.8% a few years later. However, marketing people forget at their peril that, at the end of the day, people drink alcoholic drinks precisely because they contain alcohol. It’s all very well going on about “the taste”, but the key reason people choose premium lagers over Carling and Fosters is not because they taste better, but because they’re stronger.

As I wrote here, drinkers in general aren’t too bothered about small differences in alcoholic strength between products in the same broad category. But I wonder whether this will turn out to be a cut too far that is perceived as taking Stella out of the true premium segment. While Stella has also suffered from a debasement of the recipe from its 1980s “reassuringly expensive” heyday, it’s not hard to tell the difference between 5.2% and 4.6%. A few years ago, Wetherspoon’s strongly promoted the 4.6% Tuborg, but it never seemed to sell well and has now disappeared off their bars.

At least, looking them up on the Tesco website, it seems that Heineken, Kronenbourg and San Miguel are still all sold at 5.0% if you prefer something with the full premium lager strength. But for how long?