Never too fat to preach 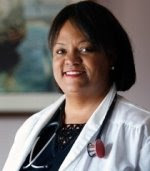 President Obama has come in for a lot of criticism for appointing a visibly overweight woman, Dr Regina Benjamin, to the post of US Surgeon General. You know, the official whose name appears on health warnings on cigarette packs. Marcia Angell, a lecturer at Harvard University Medical School, told ABC News: “At a time when a lot of public health concern is about the national epidemic of obesity, having a surgeon general who is noticeably overweight raises questions in people's minds.” Another critic was Dr Sarah Reed, who made a point of saying she kept her own BMI at 19, which is technically underweight. I bet she’s a barrel of laughs at a dinner party.

You have to wonder whether Dr Benjamin would have been appointed had she been a white male rather than an African-American woman. But no doubt her weight won’t stop her preaching to her fellow countrymen and women on how they should live their lives. And has Obama managed to completely stop smoking yet?

And of course, being clinically obese doesn’t stop our own Chief Medical Officer, Sir Liam Donaldson, lecturing us on every subject under the sun, although he does seem to lay off it a bit when it comes to snouts in the trough.
Posted by Curmudgeon at 9:24 pm