Shame about the food 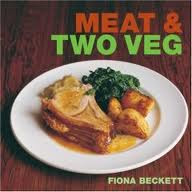 Pete Brown says here in The Publican exactly what I’ve argued about pub food on several occasions in the past – that pub menus haven’t significantly changed in a quarter of a century, and the vast majority of menus are, with a few exceptions, pretty much the same as each other. Indeed, there was more originality in pub menus in 1980, when there was more of a spirit of experimentation and “suck it and see”, than there is now. When there is so much innovation and variety in the restaurant sector, even down to the everyday “family restaurants” on your local retail park, pubs remain mired in a hackneyed, old-fashioned world of “hearty fare” and meat and two veg.


This represents a crushing lack of imagination, innovation or listening to customers. It’s not that there’s anything wrong with these dishes per se, but they form such a tiny, narrow sliver of what we now like to eat as a nation, and when they’re all identical, and when there is simply no option of a nice, tasty meal that is going to be less than 75 per cent of your daily recommended intake of fat and calories, I suddenly realised why I find eating in pubs to be largely a depressing experience.

I’m not saying I want sashimi platters with my pint of ale. I’m not saying there is no merit in hearty fare, or traditional British dishes.

But when you look at almost any other aspect of pubs – décor, beer selection, ambience – there is incredible diversity as you roam the country, even within a single town.

Beyond snacks and sandwiches, I rarely eat in pubs now because the food is so consistently dull and unappealing. Traditional English gristle and stodge blighted my childhood – it’s the last thing I want to eat today.

Yet on the same website we have Jessica Harvey praising “retro nostalgia pub grub” which surely is the last thing forward-looking pubs should be promoting.
Posted by Curmudgeon on September 06, 2010