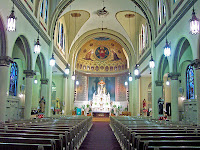 The George in Stockport has recently reopened after a period of closure. How long for remains to be seen, but at least they have made the effort to put on some cask beers including Taylor’s Landlord at notably reasonable prices. However, there have been complaints about the volume of piped music in the pub, with one person asking why they can’t “leave one or two areas free of noise so that the serious real ale drinker can enjoy the beer without unnecessary distraction?”

This raises an interesting question about the attitude of many beer enthusiasts to the whole pubgoing experience. Forty years ago, virtually nobody would go to the pub just for the beer. You might choose one pub over another because you preferred the brand of beer they sold, or the landlord kept it better than other pubs, but drinking beer wouldn’t be an end in itself, it would be a social lubricant, or an aid to quiet contemplation, or even a road to intoxication. But you wouldn’t say “I am going to the Skinners’ Arms tonight for the sheer pleasure of drinking Marston’s Pedigree”.

This increasingly changed with the rise of beer enthusiasm and the beer exhibition pub, and for many people the beer itself did become the primary reason for visiting pubs. Of course pubs meet a lot of different needs, but it seems to me this misses one of their core reasons for existence, which is to provide a kind of rumbustious, slightly anarchic escape from the cares of the everyday world, somewhere to let your hair down a bit and swear and fart and flirt. They can’t understand how anyone could have a good time in a keg pub, or even drinking the same beer all night.

This reminds me of this comment from IanB from last year on Dick Puddlecote’s guest column:


... if you do a sociological analysis on the IanB Scale, a scale of Puritanism which I invented several seconds ago, CAMRA are a heavily puritan social formation. Puritans come in a number of guises, and can, on the surface seem to be promoting something notionally libertine, such as imbibing an intoxicant. Nudists are another example of a puritan formation that you have to look more closely at to see it. Try bumming a fag in a nudist camp and see the reaction you get.

The thing about the average CAMRAman is that he's after this pure unadulterated ale experience; ale is healthful and nourishing and natural, not like artificial, chemical, adulterated keg beer. Hence the general CAMRAman support for the smoking ban; the solitary purpose of a pub is to supply healthful nourishing ale, so tobacco smoke is an unnecessary and distracting impurity in the experience. On the IanB scale, they score a 10, I'm afraid. As a result, they see themselves as on the side of the angels and are entirely unable to understand what's heading their way.

While CAMRA often extols the virtues of “community pubs”, I suspect many of its members (not all), if they came across a true community pub, where such still exist, would stick their head around the door, take one look and beat a hasty retreat. You sometimes get the impression they would prefer to sit in sepulchral silence nursing their half-pints and discussing obscure hop varieties, undisturbed by loud voices, singing, piped music, cooking smells - or tobacco smoke. They may love beer, but they don’t get pubs.
Posted by Curmudgeon on April 11, 2012