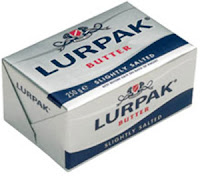 Just over a year ago, Denmark introduced a “fat tax” on all foods with over 2.3% saturated fat. I doubted at the time whether it would actually lead to people smuggling crisps, but such is the price differential it has created that people have been popping over the border to Germany to buy butter – ironic when Lurpak is one of Denmark’s most famous exports. I also pointed out that “it goes completely against common sense to stigmatise such natural, traditional and wholesome foods as butter and cheese.”

Now, fortunately, the Danes have come to their senses and decided to scrap the tax, and have also abandoned plans to introduce a similar tax on sugar.

Maybe fatty Salmond will see the irony if he introduces his lunatic minimum alcohol pricing scheme and sees people popping over the border to England to buy Scotland’s most famous export. Or maybe he won’t.