Here are three photos of the Davenport Arms at Woodford, locally known as the “Thief’s Neck”, taken earlier today when I called in to deliver the local CAMRA magazine Opening Times.

This is one of the few “country pubs” within the boundaries of Stockport MBC, and retains a characterful multi-roomed interior. It’s a long-standing entry in the Good Beer Guide and today had on Robinson’s 1892, Unicorn, Dizzy Blonde and the Iron Maiden beer Trooper. It also has an extensive menu of mostly home-made food. It’s one of my favourite pubs. I have previously written about it here.

No pub is perfect, though, and it would be an improvement if the plants along the front were cut down somewhat, and the access directly from the road rather than via the car park restored. Currently it seems too cut off from the main road. It also could do more to provide a decent covered outdoor smoking area, although today the awnings at the front would have been fine. 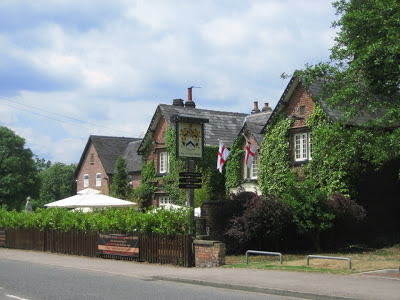 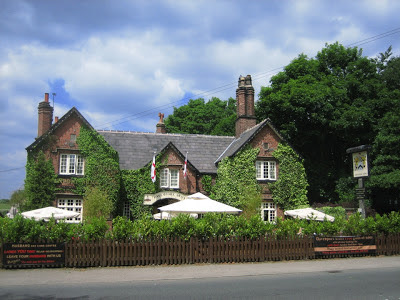 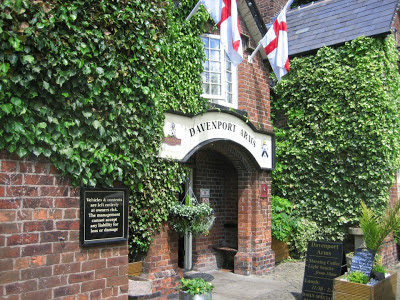