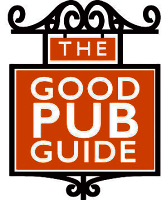 The Good Pub Guide always comes across to me as more like the “Good Middle-Class Dining Pub Guide”, and its independence has to be called into question given that they charge pubs for entry. However, it can’t be denied that they have a knack for gaining plenty of publicity for their annual launch. Last year, they highlighted the widespread irritation at badly-behaved children in pubs, and this year they have focused on another common bugbear – piped music.

I’ve written about this recently, and it’s certainly something I find a frequent annoyance, although nothing on the scale of children. I’ve started a Twitter poll to give people the chance to choose between the two:

THE BIG QUESTION: So which is more irritating in pubs?
— Pub Curmudgeon (@oldmudgie) 8 September 2016

One reader and pub reviewer told the Guide: ‘At best it is bad manners foisting a random choice of music on you that you have not chosen and do not want to hear, at worst, it interferes with people’s hearing.’

Another complained: ‘Somewhere in the past, someone has persuaded publicans that canned music relaxes customers and encourages them to spend more. It doesn’t.

‘People go to pubs to meet their friends, be sociable, have a drink or a meal and discuss the problems of the world.’

The idea that piped music creates instant atmosphere is a surprisingly pervasive myth. There are two pubs I regularly go in, both of a broadly traditional character, which in the past were proudly music-free. Now both play contemporary pop music, either from the radio or recordings, despite catering to a generally mature clientele. It isn’t so bad as to drive you out, but it certainly detracts from the atmosphere. The absence of piped music is, of course, one of the many plus points of Sam Smith’s pubs.

Ironically, the Good Pub Guide’s Pub of the Year, the Horseguards at Tillington in West Sussex, does have piped music, but that is a carefully curated selection tailored to the customer mix and the time of day. If more pubs did that, there would be much less of a problem, but unfortunately too often it’s either the latest warblings of Adele, Beyonce and Taylor Swift, or some contemporary dance music chosen by the bar staff that is totally inappropriate for the clientele.

Now what’s the betting that CAMRA’s launch of the Good Beer Guide next Thursday will have nothing like the same appeal to headline-writers, and instead be the usual worthy guff about a record number of breweries?