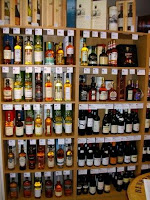 The latest proposal to rear its ugly head in the People’s Prohibitionist Republic of Scotland is one from “public health experts” to ban the sale of alcohol in the off-trade until 5pm. Now, this is objectionable on so many levels that I’m not going to make any attempt to list them. It represents a collective punishment meted out on the overwhelming majority of responsible drinkers in an attempt to address the problems of the irresponsible few.

One obvious issue is that it would be likely to lead to a kind of quasi black market of people buying drink on others’ behalf. A simple request to pick up of bottle of whisky while you’re out could easily lead on to someone carrying a small stock to supply people who find it inconvenient to buy it themselves. And I can’t see the Scotch whisky industry – the country’s leading export earner – being remotely happy about being prevented from selling bottles to coach parties on distillery tours.

In Sweden, which operates a similar hard-line attitude to alcohol sales, the state-run Systembolaget stores tend to close their doors just as the Scottish offies would be opening. You could just as well argue that earlier closing, rather than later opening, would achieve the same result, or lack of.

Of course the chances of this happening in the near future, even in Scotland, are zero. But, by laying it on the table, an Overton Window has been opened up in which such draconian proposals are brought within the scope of serious debate. And how long will it be before someone suggests banning pubs and bars from selling alcohol before 5pm too?