Love of a lifetime 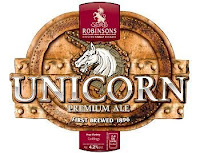 In my last post about Robinson’s reminiscences, I speculated that Robinson’s Unicorn, formerly Best Bitter, was possibly the beer I’d drunk most of in my lifetime. There’s no way I can know for certain, but the contenders are fairly limited.

Until the age of about 25, it was undoubtedly Greenall’s “Local” Bitter. I grew up in Greenall Whitley Land and, even when away at university, this was the beer I drank most often when home for weekends and holidays. Although widely derided, it was, when well kept, a good pint.

However, at the age of 25, I moved to the Stockport area, where I have now permanently settled. Robinson’s were the dominant pub owners and, as a bitter drinker, Unicorn was usually my beer of choice. Over the years, I’ve drunk shedloads of the stuff, both at CAMRA events and on my private pub visits. On the other hand, when it’s available, I now tend to prefer Wizard in Robbies’ pubs.

But there’s another contender – Hydes Original. My local pub for thirty-odd years has been a Hydes pub, and I’ve certainly got through loads of it in there. At one time it was my regular Sunday lunchtime haunt. In general pubgoing, Robinsons certainly beat Hydes, but my local may have swung the balance. I rarely venture in there any more, though, as it’s impossible to avoid one or other of TV football and reserved dining tables. If neither of those figured, I could probably tolerate the piped music.

And, coming up on the rails, there’s a challenger from the broad acres of Yorkshire in the form of Sam Smith’s Old Brewery Bitter. In terms of lifetime achievement, it’s still well down the pecking order, but I’d say over the past few years I’ve certainly had more of that than any other beer. If I maintain similar drinking habits over the next decade, it will probably take the prize.

So how about you? Or does your drinking life consist of drinking so many one-offs that it’s impossible to contemplate which may have been the most frequent?