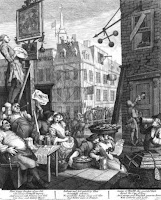 The British system of alcohol duty is a confusing dog’s dinner. There are four completely different tax regimes for beer, cider, wine and spirits, and arguably a fifth for that bizarre taxman’s invention “made wine”. Beer and spirits are taxed by alcohol content, but cider and wine are taxed at a flat rate. The same amount of alcohol in different drinks can attract a widely varying level of duty.

Surely the time has come, as Christopher Snowdon argues, to sweep all this away, and introduce a single, flat-rate, across-the-board level of duty per unit of alcohol. On the face of it, this sounds like a very sensible and attractive idea. However, there is a significant drawback. In practice, it would end up discriminating in favour of producers of stronger drinks, especially spirits, because they are cheaper to distribute and store and, at least at the bottom end of the market, cheaper to produce than beer and wine.

“Well, you would say that, Mudgie, because you’re overwhelmingly a beer drinker.” Of course, but I’d say that a fair system would be one that, broadly speaking, ensured a relatively level unit price to the drinker at the point of sale for mainstream products. And, while there are perils in the excessive consumption of all kinds of alcoholic drinks, you can do yourself serious harm more swiftly and easily drinking spirits than beer or wine. A tax regime loaded in favour of spirits would not be a good idea. It could also be argued that brewing and winemaking provide much more employment and general economic stimulation than distilling.

Yes, there is a strong case for making alcohol duties simpler and more consistent. But there are good public policy reasons for stronger drinks bearing a heavier rate of duty per unit. Remember Hogarth’s comparison of Gin Lane and Beer Street?