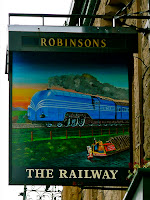 There were obviously some things I left out from my recent blogpost about Robinson’s Brewery, otherwise it would have fallen into the category of TL;DR. Some would have amplified my points, while others were entirely tangential. So here are a few more memories and thoughts on the subject.
Posted by Curmudgeon on February 18, 2017