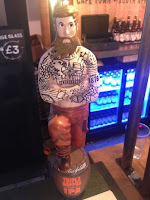 Jeffrey Bell wrote recently about how the brewing industry was in the grip of craft paranoia:


Almost everyone's worried they're going to become irrelevant - even those breweries that are currently doing well. This leads to lots of bizarre behaviour, such as rubbish rebrands and ill-conceived new product launches.

And I was struck by a number of recent news reports:

The Wild Beer Co is looking to raise £1.5m via crowdfunding to develop a new brewery space

Heineken is launching two beers under the Maltsmiths Brewing brand to tap into the growing trend for canned craft beers (in 330 ml cans, of course).

While coming up with these five principles of serving craft beer: 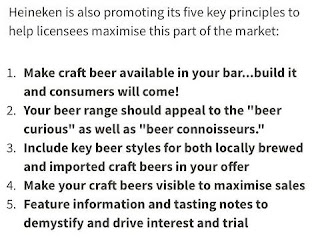 And the limits of bizarre innovation seem to have finally been reached.

I certainly get the impression that the whole craft beer phenomenon has been embraced by corporate interests desperate to climb on board the bandwagon before it leaves town, and is on the point of running out of steam. As Danny in Withnail and I says, “They're selling hippie wigs in Woolworths, man. The greatest decade in the history of mankind is over.”

The 1960s counterculture certainly left an indelible mark on society, but by the early 70s, the impetus and passion of the 1966-69 period had largely evaporated, even at the same time as the most mundane products were being labelled with psychedelic lettering. So it is likely to be with craft beer.