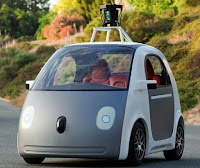 There’s a growing amount of interest in the development of driverless cars. The wider subject is really beyond the remit of this blog, although I’m sure there are many applications where they will prove very useful. However, as with many other disruptive technologies, both government and independent commentators seem unsure as to how they will eventually come to be used, and there’s a distinct possibility that they will stand many existing certainties of transport policy on their head.

Looking at it from a more parochial perspective, one area where they could make a massive difference is in getting you home from the pub. In rural areas, with negligible public transport and distances beyond an economic taxi ride, pubgoing opportunities are currently very constrained. And, even in towns and cities, while there will be some pubs that can be reached easily on foot or by public transport, there are plenty more that can’t be. Just imagine programming your automatic chariot for a night’s crawl round some otherwise hard-to-reach pubs!

Some have suggested that there will always need to be a sober, licensed driver on hand in case of emergencies, but that rather defeats the whole purpose, and how quickly could someone be expected to react anyway if they were transfixed by cat videos on Youtube? And surely one of the major benefits of driverless cars would be to enhance mobility for people such as the elderly or those with chronic illnesses who are currently unable to drive themselves.

However, no doubt the killjoys will be working hard on ways to prevent driverless cars being used in this way, saying “that’s not what they were intended for”.