Many drinkers will be familiar with the jovial, rotund chap with his foaming tankard who features on the label of bottled Taylor’s Landlord.

However, I was shocked to see on the latest bottle I picked up that he had been replaced by a modern substitute in that fashionable shadow effect, with long sideys and – horror of horrors – an open-necked shirt. Some people on Twitter thought he looked like a Welsh rugby fan. 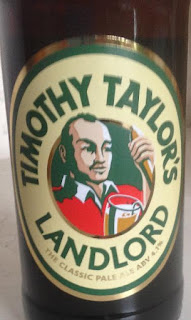 It’s yet another attempt by established breweries to appear trendy and up-to-date, but which all too often just come across as “dad dancing”. It’s not as if they don’t want to appear stuck in the past, as the previous image, which originated in the 1950s, harks back to the era of Dickens and wasn’t contemporary even then.

Maybe the real reason is that they no longer think it appropriate for their labels to feature a bloke proudly sporting an impressive beer gut - although there was uproar a few years ago when Little Chef tried to slim down their mascot.