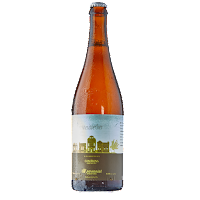 Alcohol watchdog the Portman Group have recently published new guidelines on the packaging of alcoholic drinks which seek to impose a limit of four units in any single non-resealable container. This has got SIBA (the Society of Independent Brewers) up in arms about the perceived threat to the new wave of very strong craft beers that are often packaged in large cans and bottles of up to 750 ml. They contrast products that “are savoured, enjoyed slowly and shared” with “super strong, super cheap lagers and ciders that are abused by some members of society.”

However, this comes across as a glaring piece of double standards, where what is seen as acceptable for well-heeled middle class connoisseurs cannot also be allowed for the irresponsible drunken plebs. While there may be a substantial amount of truth in their assertion, you can’t make policy on the basis of the intention of the producers, and the dividing line is not necessarily as clear-cut as it may seem. This is especially true in relation to ciders – is a 500ml bottle of Henry Weston’s Vintage Cider, which is 8.2% and contains 4.1 units, on sale at three for a fiver in Morrisons, a premium craft product, or just a slightly classier form of tramp juice?

I wrote about this a couple of years ago when discussing proposed restrictions on “white ciders”, and the attitude was also satirised by the Daily Mash in their report entitled Middle class alcohol ‘less alcoholic than all other alcohol’. I concluded that “Maybe we need to abandon all attempts to be logical and just ask a panel including Pete Brown and Jancis Robinson to make subjective judgments as to what is for the discerning drinker and what for the antisocial pisshead.”

And, if price is to be the sole criterion, it brings to mind John Stuart Mill’s statement that “Every increase of cost is a prohibition, to those whose means do not come up to the augmented price.”

The Portman Group proposals also include a considerable amount of flexibility taking into account factors such as the premium status, price point and the likelihood of sharing actually taking place, so it’s very hard to see exactly what SIBA are getting so worked up about. The restriction could also be avoided by using either screwcaps or wired cork stoppers, which make the bottle resealable.

It also has to be questioned why it is seen as necessary to put such strong beers in large bottles anyway. For most of living memory, strong beers in Britain were sold in nip bottles, or half-pints at the most. What is the point of a bottle containing more than a normal person would want to consume at one go? Yes, of course they can be shared, and there’s plenty of evidence that they often are, but the same result could be achieved with two smaller bottles. Plus, if you do want to appreciate these beers without a like-minded companion, it limits your options. It should also be remembered that cans of Carlsberg Special and the like carry pious messages saying “ideal for sharing”.

This is another example of the sense of entitlement found amongst many in the craft beer community, which leads them to believe that they shouldn’t be bound by the rules that apply to ordinary mortals. It’s fine for crafties to have all-you-can-drink offers, childish cartoon characters on cans, and strong beers in big bottles, but extremely dangerous for the great unwashed.

By all means campaign vigorously against the Portman Group’s restrictive nannying as it applies to all beers and ciders. I’m not defending it for a minute. But objecting to it only when it affects expensive products favoured by middle-class aficionados comes across as an exercise in snobbery and hypocrisy.