I told you so 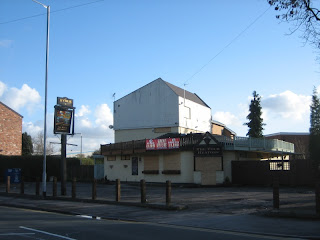 Shown to the right are four pictures of the Four Heatons (the former Moss Rose) in its current sorry closed and boarded state. This was the second-nearest pub to me and, while I never thought it was the best pub in Stockport, or even the best of the two, over the years I have spent a fair bit of time in there and drunk plenty of beer. I also carried out the surveys for its inclusion in the Good Beer Guide for six consecutive years from 1995 to 2000, although it didn’t go in solely, or even primarily, on my say-so.

And now, it’s gone for ever, obviously battered by the general long-term decline in pubgoing, but undoubtedly to my mind kicked over the edge by the smoking ban. For a while in the mid-2000s, after its refurbishment, it seemed to do OK, but since July 2007 it has clearly been in a downward spiral. It may not look at all promising now, but in its day it was a very decent pub with a healthy trade and a strong community following. 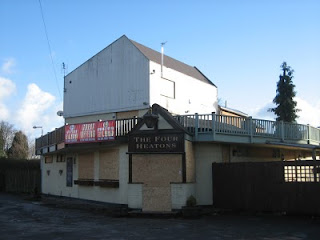 Obviously sad news, but am I entitled to feel a twinge of self-satisfaction in saying “See? I told you this was going to happen, and you wouldn’t believe me!”?

The fourth picture, taken through the fence, shows the abandoned smoking shelter. 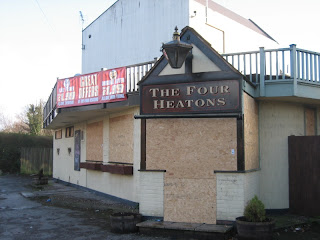 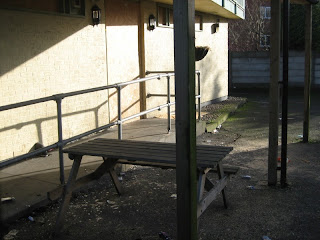