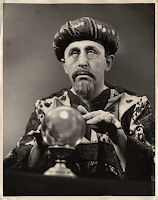 Following Pete Robinson’s gloomy but all-too-realistic prognostications I thought I would peer into my own crystal ball and see what it revealed for the British pub and beer scene in twenty years’ time…
A gloomy forecast? Undoubtedly, and I sincerely hope I’m wrong. But if you think I’m being far too pessimistic, then tell me what you think will happen, and let’s see who’s proved right. You could start by having a go at the current poll on what will happen to on-trade beer sales in 2011.

Of course, it should also be noted that forecasts based on an extrapolation of current trends invariably fall foul of a flock of black swans.
Posted by Curmudgeon on February 19, 2011