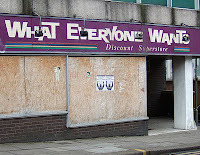 There’s been a lot of talk recently of the decline of traditional high streets, with retail guru Mary Portas being appointed to head a government task force looking into how to revive them. Inevitably, this has a knock-on effect on the business of town-centre pubs. In reality, the various parts of town centre economies have a strong degree of interdependence and can’t be considered in isolation.

The Centre for Cities has looked at second-rank provincial towns and cities like Sunderland and Preston (a category that would also include Stockport):


In Sunderland’s case the city centre suffers from a lack of scale – out-of-town employment sites limit the number of commuters into the centre each day. This limits footfall which in turn limits lunch time and evening demand on the High Street and in restaurants and bars.

It seems fairly obvious that a thriving employment sector will benefit both shops and pubs. However, they argue that simply limiting out-of-town development is unlikely to have much impact, and that much more attention needs to be given to the positive factors that will increase activity in town centres.

It works the other way, too, as Leg-Iron points out here. Deter people from visiting pubs, and they won’t visit the nearby shops either.

It also doesn’t help when local councils take measures, for whatever reason, that lead to a reduction in town centre footfall. For example, I saw the following comment on another blog:


In my local town the council have:

and there's probably more that I can't think of just now.

It's a cliché, but you couldn't make it up.

One would expect that particular town (which I think is one of the London boroughs) has also experienced numerous pub closures, although no doubt one of the more down-market Wetherspoons is doing OK next to the 99p store. Pedestrianisation of town centre streets, while it may create a more attractive retail experience during the daytime, can all too easily turn them into intimidating dead zones once the shops have closed.

It also has to be recognised that, just as with pubs, a range of social changes are working against high street shopping. Most of the closed pubs are never coming back, and neither are most of the 25% of shops currently vacant in some town centres. There needs to be a focus on what works in the 21st century context, not a naïve belief that a bit more stimulus will bring the good old days back.

Another idea that has been expressed to me is that the revival of residential development in town and city centres has proved beneficial in sustaining the pubs in those areas. However, I’m not entirely convinced that’s a particularly strong factor. As I’ve argued before, the idea that the typical pattern of pub use is to come home, have your tea and go out for a few pints is very much exaggerated, and the presence of nearby chimneypots is no guarantee of trade. To a large extent, people visit pubs because they’re out and about doing other things. That pubs in Manchester city centre are conspicuously thriving when in many other places they’re not is a function of the city centre being a strong hub for retail, employment, entertainment and public transport, not because a lot of new flats have been built there.
Posted by Curmudgeon on October 25, 2011