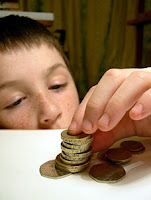 You often hear representatives of the medical profession moaning about alcohol being available at “pocket-money prices”. However, they’re always vague about what specific products they are referring to. It would be illuminating to get them to name the products they are talking about, and to demonstrate that they have some kind of disproportionate involvement in alcohol-related health problems.

And are they talking about the price per individual pack, or the effective price per unit? Tesco will sell you a single bottle of Czech lager for 99p, but in terms of bangs per buck that is a lot dearer than a 20-pack of Fosters for a tenner, and the latter can hardly be regarded as within the scope of “pocket money”. And the average weekly pocket money for a child is apparently £6.84, which will comfortably buy a four-pack of pretty much any beer in the off-trade.

In reality, the UK has about the third-highest alcohol duties in the European Union, and amongst the highest 10% in the world. In no meaningful sense can alcoholic drinks in this country overall be regarded as cheap.

If anything really is available at “pocket money prices”, then that suggests one or both of it being very weak and in a very small measure. This is a dishonest and emotive use of words that is only too typical of the anti-drink lobby, and regrettably is occasionally taken up by some claiming to represent the interests of drinkers who really should know better.
Posted by Curmudgeon on December 27, 2011