The real reason why 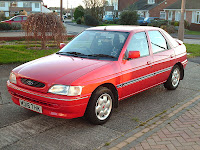 I passed my driving test in November 1976 and gained my legal drinking spurs the following year. At that time, ten years after the breathalyser law had been introduced, it was still regarded as entirely normal and responsible behaviour to drive to the pub and drink within the legal limit. For very many people, that was the default mode of pubgoing. They had their own view of what the limit meant for them, and kept within it. Sometimes they might push it with the odd extra half or pint but, given that there is often a considerable grey area between the accepted wisdom and what actually breaches the law, they were usually OK.

Very occasionally, someone might get done for drink-driving and banned but, provided they weren’t grossly over, the reaction in their peer group would be sympathy rather than condemnation. Indeed, the feedback from people’s breathalyser results and the amount they had drunk would help form a view as to what level of consumption would be acceptable. Over the years, the few people I have known who have been convicted of drink-driving have all, in their various ways, been asking for it, not marginal cases.

In the late 70s and early 80s, this pattern of pubgoing sustained very many pubs. Plenty of today’s food houses didn’t even serve meals in the evenings. 1979, it must be remembered, was the all-time peak of beer sales in pubs. But it must be made absolutely clear: this was (and remains) legal. Virtually no pub was kept in business by lawbreakers.

For me, and (from comments and e-mails) many other people, getting in the car and going out to explore country pubs, while taking it in turns to do the driving and keep within the limit, was a regular weekend leisure activity. But people don’t seem to do that any more, much to the cost of pubs.

I remember in 1985 seeing posters saying “Stay Low”, but before too long the official message had become “Have None for the Road” – something that had no basis in either the law or statistical risk profiles. However, that is a message that has been increasingly taken up by those attaining the legal driving age beyond that date, and now very many of the younger generation will not even have a half of lager if they are driving. The general message in the media is that, if you are driving, you should not drink anything at all.

This must be recognised as a major factor – probably THE major factor – in the decline of the pub trade outside major urban centres over the past couple of decades, well ahead of the smoking ban, important though that is. People are unwilling to drive to the pub and drink within the legal limit, even though it remains a lawful activity. They don’t in general find another way to go to the pub, they simply don’t go at all. This is certainly the key reason for the decline of the upmarket pub, as far as drinking is concerned. Arguably most of the claimed benefits of the oft-advocated 50mg drink-driving limit have already been realised. If you want to know Whatever Happened to Pubs? this is it.

Sometimes I go in pubs where drink-driving within the law is still commonplace, indeed where that is what largely keeps the pub going. But it is predominantly done by customers over the age of 50, and as they age the business of the pub will diminish and it will eventually close or go over entirely to food.

For what it’s worth, since 1976 I have driven over 350,000 miles, with only a single speeding conviction in 1981. I have been breathalysed precisely once, after consuming an amount of alcohol that I believed would leave me comfortably within the legal limit, something the test confirmed.