Now we are ten 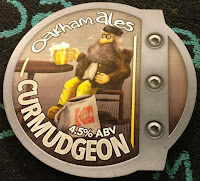 Today marks the tenth anniversary of this blog, the creation of which was prompted by a certain event that had occurred eleven days previously. The very first post, which set the tone for the next ten years, was on the subject of Bansturbation. This is post number 1907, so I have made an average of 190.7 posts per year.

It is noticeable how many of the early posts were brief bullet points that nowadays would probably be reserved for Twitter. It was a couple of years before the blog started to attract any significant number of comments, or that I became aware of the wider existence of something called the “blogosphere”.

So here’s a personal selection of ten of my most significant posts broadly spread over the past ten years. It’s odd how some of my most serious and thoughtful posts have been the ones attracting fewest comments.