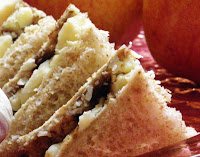 A recent few days away on holiday reminded me yet again of the sad decline of the British pub sandwich, once an absolute staple of the food trade. If you’ve had a generous cooked breakfast and are looking forward to a full meal in the evening, all you want at lunchtime is a sandwich or something similar. Yet many pubs no longer offer them at all, and even when they do they often try to build them up into something approaching a main meal, with prices to match. And why do so many pubs insist on including chips with them? Sometimes it’s a better – and cheaper – option to have a sandwich in a café, despite the lack of atmosphere and decent beer.

There’s also the perennial problem of pubs failing to display menus outside. If they now see the food trade as central to their business, you would imagine this would be automatic, but apparently not. “Full menu inside” just isn’t good enough. No restaurant would dream of failing to advertise its wares, so why do pubs, especially in tourist locations with a lot of footfall past the door?

The psychological cues from information shown outside can be a major factor in tempting potential customers to venture across the threshold. In fact, I went into one pub, looked at the menu, and then walked out again, only to be pursued by the licensee who had been on the phone. “I didn’t see anything I fancied” was all I could say. I didn’t really have the heart to say “I could get much the same – plus a drink – for less money down the road in Wetherspoon’s.”

However, praise where praise is due to the Black Swan in Devizes, Wiltshire, who managed to serve up an excellent cheddar cheese and pickle sandwich – proper slices of quality cheese, enough pickle but not too much, and tasty, crusty bread that was thicker than sliced white but avoided doorstep proportions. Simple stuff, maybe, but when done well one of the glories of the British pub.