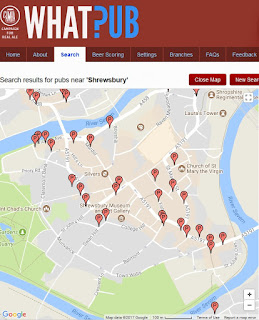 In my recent review of our trip to Leicester, I mentioned that, from my experience, I didn’t think that the city offered as a good a pub-crawling opportunity as nearby Derby and Nottingham. Where I live in Stockport is ideally placed for day trips by train to a wide variety of destinations across the North and Midlands and, over the years, I have often enjoyed journeys of pub exploration.

What I’m looking for is a combination of something distinctive on the beer front, characterful pubs, especially those with unspoilt interiors and, as someone with an interest in architecture and townscapes, somewhere with historical and tourist appeal too. I’m not averse to going in the occasional modern beer-focused pub, but very often they seem to be places that can be transplanted from one town to another and have little feel of the locality. Nor do I really want to travel sixty miles just to go in another Wetherspoon’s. I have to say, though, that I don’t care for very big cities, which I find impersonal and alienating. Yes, last year I did a pub crawl of some of the more traditional pubs in central Manchester, but in general it’s a place I do my best to avoid.

Probably the place that best ticks all these boxes is York, which has an unparalleled combination of historic cityscapes, unspoilt pubs and beer interest. It’s also one of the few places that, in the centre, has seen a net gain of new “normal” pubs in recent years. Not far behind is Shrewsbury which, while not on the same scale, is a wonderfully atmospheric place and not so overwhelmed by tourists. It doesn’t have the same weight of numbers of excellent pubs, but there is a core of half-a-dozen very good ones.

Chester has a wealth of historic interest, but in the past, with its pubs dominated by Greenall’s, wasn’t such a must-visit pub destination, although things have improved in recent years. It’s also, despite being in the same county, oddly inconvenient to reach by train from Stockport. Both Derby and Nottingham have proved rewarding over the years and Stafford, while probably not in the first rank, is very easy to get to, and has seen a great improvement in its pub scene. While I don’t propose to provide a comprehensive gazetteer, there are plenty more too numerous to mention.

One thing that has detracted from the experience, though, is the erosion of geographical distinctiveness in beer, which I wrote about as far back as 1997. There was a time when there was a particular appeal of travelling to Lancaster to drink Mitchells and Yates & Jackson, to Nottingham for Home and Shipstone, and to Shrewsbury for beers from Greenall’s Wem brewery, none of which were ever seen locally. York had plenty of Cameron’s pubs, a beer never seen on this side of the Pennines.

Now, while undoubtedly the overall choice of beer has increased, in mainstream pubs you are often presented with just the same nationally-distributed brands, while in beer-focused free houses you will get a random selection drawn from across the country. Yes, there is often more of a local focus, such as finding Salopian and Three Tuns beers in Shrewsbury, but it’s not the same as knowing that you will find particular beers in brewery tied houses.

That isn’t a problem in Stockport where, despite a number of closures , there’s a still a concentration of very good Robinson’s pubs, plus the Brewery Visitor Centre where the bar is open to the public. Combine that with a wealth of unspoilt pub interiors, a cluster of beer-focused pubs, some characterful, bustling urban boozers, and attractive and underappreciated historic townscape around the Market Place and the Underbanks, and it’s hard to imagine a better destination for the pub-crawling traveller.