The dog that didn’t bark 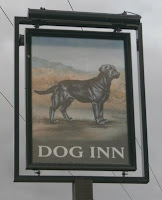 Something that jumped out at me from my review of the past decade is just how little progress the anti-drink agenda has actually made in practical terms. Yes, there have been many warnings about the possibilities, often including on this blog, but on the ground not a lot has happened.

After the end of the alcohol duty escalator in 2014, duty has either been frozen or only increased by the rate of inflation. Indeed there have been a couple of small cuts in beer duty. While higher duty rates have been introduced for strong beers and ciders, these have only affected a tiny proportion of the overall market. Equally, the lower duty rate for beers of 2.8% ABV has proved a damp squib, showing that there is little appetite for these products.

Earlier in the decade, there were some half-hearted attempts by government to twist the arm of the drinks industry to reduce the strength of some popular beers and ciders, resulting, for example, in Stella Artois being cut in two stages from 5.2% ABV to 4.8%. However, there is a limit on how far this can be taken without destroying the credibility of the product, and more recently nothing seems to have been heard of it.

It’s still possible to advertise alcohol across the whole spectrum of media using a wide variety of messages and imagery. Likewise, there are few restrictions on the design of packaging and labelling. A few slaps on the wrist for craft brewers using cartoon teddy bears doesn’t really add up to very much. You can display alcoholic drinks openly anywhere in the supermarket and use short-term price cuts, multibuy discounts and BOGOFs (at least south of the Border).

In England and Wales at least, the drink-drive limit has not been reduced, something that has been shown in Scotland to be a far more effective way of deterring people from visiting pubs than of improving road safety.

The total number of outlets licensed to sell alcohol has, if anything, increased, with many new small bars opening up and all kinds of small corner shops and petrol stations now displaying a few shelves of bottles and cans. There have been no moves to cut licensing hours, which are now the most liberal for a century. If pubs in practice are opening shorter hours, it’s done voluntarily because the business simply isn’t there, not because they’ve been made to by the authorities.

As suggested above, Scotland, influenced more by a Scandinavian prohibitionist tradition, has gone somewhat further down the road. They have reduced the drink-driving limit, banned short-term price promotions and multibuy discounts, introduced minimum pricing and operate a stricter licensing regime than England and Wales that has made it well-nigh impossible to open new micropubs.

But even that is only scratching the surface when you compare it with what has been done in the field of tobacco control. The rate of duty has been consistently increased above inflation for many years, all advertising and promotion has been banned, smoking in all indoor public places has been prohibited, plain packaging, including graphic health warnings, has been mandated and even displaying tobacco products on sale is now impossible. Smokers in general have been demonised and made to feel like third-class citizens. The anti-drink lobby (who of course are often the same people) must be feeling rather envious.

In practice, a lot of the attention of public health seems to have been diverted in the direction of food and soft drinks, something that few would have predicted in 2010. We had seen the introduction of the ineffective and discriminatory sugar tax, and pressure growing for the “reformulation” of food products (i.e. in general making them smaller and less palatable) and mandatory portion size reduction. Introducing plain packaging for products such as crisps and biscuits is now being seriously discussed. This has even extended to restricting the advertising of natural, but supposedly high-fat, foodstuffs such as cheese and butter.

In fact, changes in social attitudes have been doing a lot of the anti-drink lobby’s work for them. Over the past ten years, there has been a gentle but significant fall in per capita alcohol consumption, probably more than they would have hoped for in 2009, but largely without help from public policy. As I’ve said in the past, the moderate consumption of alcohol in social situations has increasingly been stigmatised, and the range of occasions on which people will consider an alcoholic drink has shrunk. Just look at all those pubs that no longer open at lunchtimes, or are virtually deserted when they do, and observe amongst a party of diners in a pub how many of the adults have a soft drink.

There is a constant stream of negative stories in the media, with examples of alcohol consumption being portrayed in a positive light being vanishingly rare. The proportion of people who say they never drink alcohol has been steadily rising, a trend that is particularly marked amongst the young. It is now often the middle-aged who drink most. This change in attitudes must eventually feed through into public policy.

One stumbling block is that, while it is generally reckoned that smoking is harmful at any level of consumption, there is a wealth of evidence that drinking moderate quantities of alcohol is actually beneficial to health. However, undermining this is a holy grail for the anti-drink lobby. We have already seen a steady ratcheting down of recommended consumption guidelines, often completely unsupported by scientific evidence, to a level where people who take official advice seriously may wonder whether it’s even worth bothering with. Expect to see a steady increase in “any quantity is dangerous” scare stories during the coming decade.

Significant restrictions on smoking only became possible once smokers formed a relatively small minority of adults, possibly below 25%. But the figure for the proportion of people who drink alcohol will need to be carefully watched, as once it falls below 50% it changes the political climate and potentially opens the door for much stricter policies. So there are no grounds for complacency – what largely failed to happen in the 2010s may very well become reality in the 2020s.

Posted by Curmudgeon at 2:57 pm