The ox loves the yoke 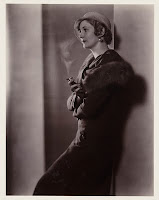 I was reading an article recently which said that, in the era of the Suffragettes, a substantial proportion of women didn’t actually want to be given the vote. From the perspective of a hundred years later, this may seem unlikely, but at the time I have no doubt it was true.

More than once, commenters on this blog have said that many smokers actually support the blanket smoking ban. That may seem equally unlikely, but that too contains a certain element of truth. Indeed, I have spoken to one or two such myself. Now I can see how a smoker might support some legal restrictions on smoking in public places. That is an intellectually defensible position, in the same way as a motorist might to a greater or lesser extent support the use of speed cameras and road humps.

But to be in favour of a blanket ban in any indoor public place is taking things to a completely different dimension. I mean, something that you do personally, and that is entirely legal, but you don’t believe you should actually be able to do it anywhere. What kind of twisted thinking is that?

All I can conclude is that these people have been so brainwashed by years of hysterical antismoking propaganda to come to believe that they really are contemptible, weak-willed, dirty, smelly, inadequate second-rate human beings. Self-loathing has been inculcated into them. Just as in the 1900s many women believed their sex was inherently inferior in judgment and intellectual capability to men. Something similar has happened to a proportion of the oppressed throughout history.

And it is completely wrong to claim that all, or the vast majority, of smokers are hopeless, enslaved addicts. As James Rhodes explains here, many smokers find smoking actively enjoyable. “Every puff is like a little hug,” he says. Is that really much different from scoffing “naughty but nice” cream cakes, something else that we are constantly told is unhealthy and shows a lack of self-control?
Posted by Curmudgeon on August 25, 2011