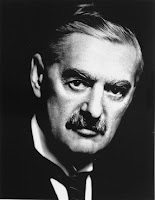 If you were running any kind of business, you would obviously, unless you were a crook, want to do so in a responsible manner. So, if you were running a brewery, what would you do? You would aim to comply with all relevant legislation, to be open about what ingredients you were using, not to hold out your products as something they weren’t, not to sell or promote them to minors, and not to advertise them in a way that implied they might contribute to sexual success or would get you drunk quicker. You would recognise that you were selling a product that a small minority of customers might abuse, but provided your business was conducted in an open, legal and above-the-board manner, that would be their responsibility, not yours. If your business was successful and well-established, you might even contribute a bit towards programmes to rehabilitate alcoholics, but that wouldn’t mean that you accepted blame for their problems.

However, Stefan Orlowski, the Managing Director of Heineken UK, doesn’t seem to think that goes far enough. He believes that his industry needs to actively engage with health professionals in an attempt to reduce alcohol misuse.

But, in accepting the health professionals’ definition of alcohol misuse, he is batting on a losing wicket from the start. They believe he is involved not in a legitimate business but in a “toxic trade”. There can never be any final settlement with them. Every concession granted will only be met with a demand for more. He only needs to look at the tobacco industry to see the likely outcome.

He prints on all his bottles and cans the made-up “official guidelines” on safe drinking levels. But he knows that a large proportion of his customers cheerfully ignore these, and if they all followed them to the letter, the pub trade would be devastated and the British brewing and distilling industries grievously harmed.

Perhaps he is being clever and playing a long game in the belief that, given time, the neo-Prohibitionist threat will abate, as it did in the past. But the example of tobacco is not encouraging. Is a prolonged managed decline and surrender to restriction the best future that can be expected? Maybe the long-term interests of the drinks industry would be better served by adopting a more robust and combative stance rather than by endless grovelling and appeasing. Wetherspoon’s Tim Martin, for example, would never be so defeatist.

He may even damage his own business relative to others by being too eager to embrace its enemies.


As an example, we recently withdrew a popular and highly profitable white cider brand because it had become part of a category of drinks increasingly chosen for price and alcoholic strength alone. It no longer had a place in our business.

So he gave Diamond White the chop. But Aston Manor are still happily making Frosty Jack’s, and no doubt taking a lot of what once was Heineken’s business. If you take a high moral stance, there will always be other producers willing to come in below you, while still fully adhering to the law. Alcohol is far more suited than tobacco products to small-scale, under-the-radar production.
Posted by Curmudgeon on August 27, 2011