Six into two does go 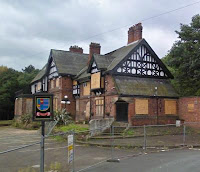 Northenden is a South Manchester suburb which must be typical of many places throughout Britain. Sandwiched between upmarket Didsbury and sink estate Wythenshawe, it’s a middling kind of place, with a surprisingly extensive local shopping centre along the main Palatine Road. Maybe about ten years ago, it had six pubs, unusually all situated south of the main road – the Jolly Carter, the Spread Eagle, the Church, the Crown, the Tatton Arms (pictured) and the Farmers Arms. Now, only two are left, the Crown and the Farmers, which were probably the smallest of the six.

Maybe that is a bit of an extreme case but, on the other hand, there are plenty of places that have lost two or three out of six, or the equivalent, and this is somewhere depopulation and poverty cannot be blamed. This should serve as an object lesson to those blinkered individuals who continue to insist, in the face of an ever-growing mountain of evidence, that the British pub trade remains fundamentally healthy and losses have only been at the margins. 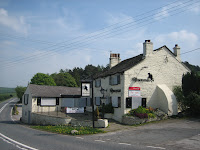 On a similar note, it’s worth mentioning the scenic B5470 road between Macclesfield in Cheshire and Whaley Bridge in Derbyshire. Not so long ago, this had five pubs along it – the Rising Sun and Robin Hood in the village of Rainow, the Highwayman in a picturesque location a couple of miles east of Rainow, and the Bull’s Head and Swan in the village of Kettleshulme. Now, only the Swan is still open, and this not in the deep countryside but in a desirable area within twenty miles of the centre of Manchester.
Posted by Curmudgeon on August 30, 2011