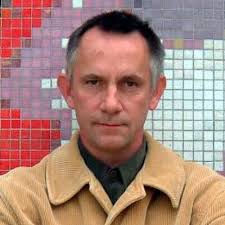 Ever since I first encountered anti-pubco campaigner J. Mark Dodds on the internet, he’s come across to me as a bit of a wrong ‘un. For a start, he’s never shown the slightest sign of possessing a sense of humour. And he gives the impression of having an obsessive hatred of the pubcos which goes far beyond the rational. To him, everything that has gone wrong with the pub industry over the past couple of decades has to be laid at their door. If he’s that concerned about pubs, you have to wonder why he didn’t campaign vigorously against the smoking ban.

In many ways, the pubcos have proved to be highly unsatisfactory and badly-run businesses. But to claim that all those pubs have been turned into supermarkets out of sheer malice rather than because, in general, they were no longer viable, flies in the face of reality. It’s the stance of a blinkered, single-issue zealot.

And I can’t say I was entirely surprised to see this Tweet from him this morning which comes across as blatantly anti-Semitic. 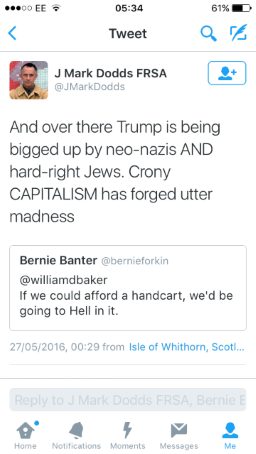 Many people might have phrased that as “hard-right businessmen”, which in itself can be a veiled anti-Semitic trope, but no, he’s come straight out with it. This is nothing to do with one’s view of Trump, but he is identifying some shadowy conspiracy behind him, which of course, as usual, has to involve the Jews. Does he believe that “the Jews” are behind the so-called “Great British Pubco Scandal”, I wonder.

On the face of it, he gives every appearance of being a delusional, obsessive conspiracy theorist. To have him on board really does the pubco campaigners no favours.