The exterior of the pub from the north-east. As often happens, the number of parked cars rather overstates the number of people in the pub, although I think it’s a popular spot for walkers to park up, and maybe have a drink later. 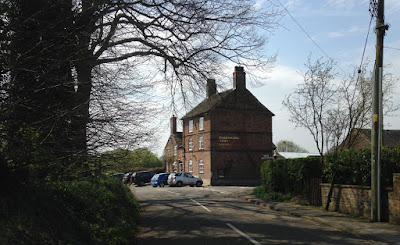 Some classic Robinsons’ advertising material from the 1930s in a frame on the wall. Note the focus on Best Mild and the complete absence of any mention of Best Bitter. The top right picture might nowadays be considered a touch sexist. 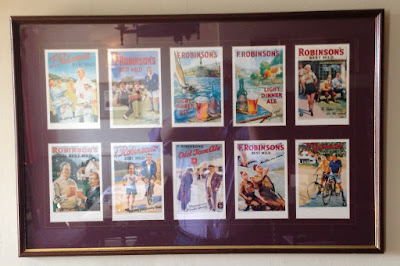 The unspoilt tap room, shown as No. 5 on the door, with a lovely pint of Wizard in a handle glass in the foreground. Note, however, the regrettable absence of beermats. 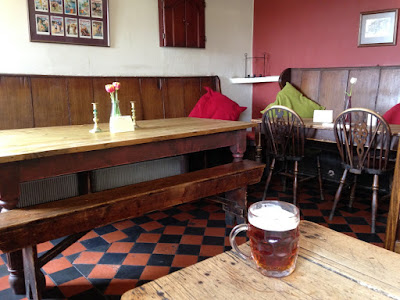 A traditional fingerpost sign outside a cottage opposite the pub. Before the building of a bypass in the post-war era, the main road from Macclesfield to Congleton turned the corner by the pub. 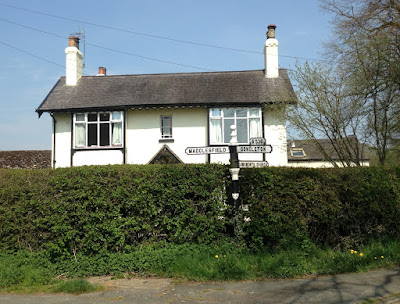 Simon Everitt would have found a wealth of material from the utterly incredible palaver from a group of well-heeled and mostly elderly diners about whether or not to eat outside. I innocently observed “nice day to sit outside” to one rather smart lady of about 65, who informed me in no uncertain terms that she CANNOT STAND "al fresco dining". They did end up outside, though.