When CAMRA was formed, it already knew of all the traditional breweries and beers still in existence in the UK, partly due to the pioneering work of Frank Baillie and his Beer Drinker’s Companion. There were no obscure little backwoods producers with a handful of tied pubs still to be discovered. However, despite the emphasis put on the destruction of pub interiors in Christopher Hutt’s The Death of the English Pub, the same could not be said of our pub stock.

CAMRA was quick to establish a Pub Preservation Group, and there were a number of high-profile campaigns where historic pubs were threatened by the bulldozer. It soon became clear that many of the classic inns well-known for their distinguished exteriors had in fact been thoroughly gutted inside, and that true untouched interiors were often to be found in outwardly plain and little-known pubs.

In the 1980s, a more systematic approach was adopted, with the PPG morphing into the Pub Heritage Group, and the National Inventory of Historic Pub Interiors being formally ebtablished. This was quite clear that the prime consideration for inclusion was the intactness of the original pub interior, however plain and humble it might be, and the architectural quality of the exterior alone was irrelevant. 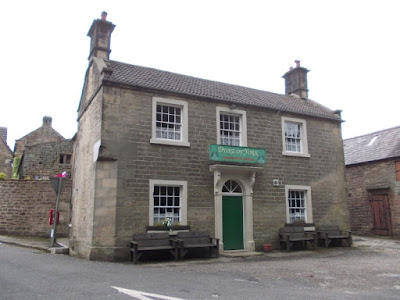 Surveying was very much a case of following up suggestions that “Pub X is very traditional – why not go and take a look?” I remember doing a number of pub exploring trips with John Clarke from which we can certainly claim credit for verifying the credentials of the Duke of York at Elton in Derbyshire (pictured at top) and the Vine at Pittshill, Stoke-on-Trent. Both of these very special pubs are fortunately still with us. On the other hand, some leads turned out to be completely worthless, with us wondering what on earth possessed someone to suggest them in the first place.

The National Inventory has expanded to include a “second division” of pubs that retain significant original features, although far from entirely intact, and Regional Inventories of pubs that, while broadly unspoilt, don’t quite achieve the exacting standards of the main list. Even so, it’s a sobering thought that only around a thousand pubs are covered, about 2% of the total in the country. 98% of pubs have been so altered over the years that little of their original character remains, or are modern creations that never had any in the first place.

In recent years, there have been a number of new additions in Scotland, which have typically been long-standing keg-only pubs that people from CAMRA rarely even visited, let alone realised their architectural significance. There are probably now very few left to be discovered, but it can’t be ruled out entirely. Typically they would be pubs in rather off-the-beaten track locations, in suburban backwoods, small non-tourist towns or the deep countryside, that have rarely if ever sold real ale, and which have never caught the eye of someone with a feel for pub interiors.

One relatively recent addition is Sam Smith’s Turnpike in Withington, which has a remarkably intact early 1960s internal refit, and for long was keg-only. When CAMRA was formed, it would probably have been considered modernistic and worthless.

CAMRA have produced an attractive and lavishly-illustrated book of Britain’s Real Heritage Pubs, available at a very reasonable £9.99. It was published in 2011, but dates a lot more slowly than the Good Beer Guide. I’d say it’s an essential for any pub-lover’s bookshelf. To me, the whole project is one of the most interesting and worthwhile things CAMRA has achieved. Determined neophytes may of course find it of little interest, which of course is their right.

The National Inventory is something that could also set a challenge for completists. It currently comprises 270 pubs, spread across the country, some in remote rural locations, but most in urban areas and readily accessible by public transport. Not easy, but quite doable. I’ve never had the “spotter” motivation, but I have always aimed to seek out National Inventory pubs if in the vicinity, and have rarely been disappointed. In a sense, I’ve almost used it as a guide to proper, traditional pubs that I might like, although inclusion is no guarantee of quality, and I was very disappointed last year by the Plume of Feathers in Carmarthen, a terrible pub in a characterful building.

I was perhaps surprised to find out I had only done 55 of the 270, but that does include the Bush House in Bushmills, County Antrim, which I bet you’ve never been to! I’d also be surprised if there are many people beyond those involved in its creation who have visited more.