The pub of the future 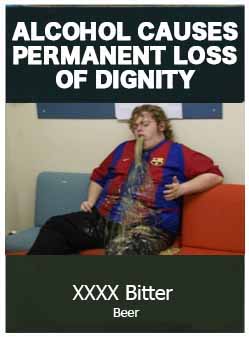 Let’s fast forward twenty-five years to 2041, and see what the typical pub looks like then. One immediately obvious difference is that, because all alcohol advertising and promotion has been banned, it is not allowed to display a brewer’s name or even state that it is a public house. Some describe themselves as “dining rooms”, while others rely on the lingering memory that something called the Red Lion is a pub.

Since 2016, the number of pubs has declined from 50,000 to around 18,000, with reducing the drink-drive limit and banning smoking in all outdoor public places being major factors. The only place it is now legal to smoke – or vape – is within a private dwelling where there are no under-18s present.

The appearance of the inside of the pub has dramatically changed, as most of the bar counter has been shuttered off, leaving only a small section for service. No drinks – not even soft drinks – are on display, and all must be dispensed out of sight of the customer. Drinks are ordered from an A4 price list in small type, either at the service counter or from electronic terminals at tables. You’re not even allowed to use your own smartphone, as you would be able to save the list and circulate it.

Most drinks, especially in establishments serving food, are now brought to your table, although in some more downmarket wet-led pubs you have to queue up at the servery. The only bottles you are likely to see brought out to tables are sharing bottles of wine, which, as with all bottles, are in standardised packaging with prominent health warnings. Producers do not even have any discretion over the bottle design. There are prominent posters on the walls warning of the health risks of alcohol and making it clear there is no safe level of consumption.

Although some pubs brew their own beer, as it brings some tax advantages, they are not allowed to advertise the fact. Apart from this, the ban on advertising and promotion has effectively killed the microbrewery sector and all innovation in brewing, as you simply cannot promote your products. Some familiar brands of beer, such as Landlord and Pedigree, are still available, but they basically depend on a fading folk memory that these were once popular and widely advertised products. It’s now very difficult to establish where they are brewed, or by whom, and few consumers are bothered. It is increasingly common for customers to ignore the stock list and just order a generic “bitter”, “white wine” or “Scotch”.

CAMRA lingers on as a small and ineffectual lobby group, but it has had to largely terminate its operations. Any organised publication, in print or on the internet, of where particular beers can be obtained is now regarded as alcohol promotion and is illegal, while it is completely impossible to run beer festivals as you’re not allowed to advertise the fact that you’re selling beer. People can still discuss it in private conversation, but even a reference in passing to “The Pride was drinking well in the Dog & Duck last week” in a blog or newspaper column will attract the attention of the authorities.

Needless to say, alcohol smuggling, shebeens, smoky-drinkies and illicit brewing and distilling are all flourishing, and give great opportunities to organised crime.

Far fetched? Never going to happen? Well, that’s pretty much the situation that applies to retailers and consumers of tobacco products right now.