Pushed to the limit 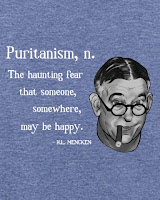 Earlier this year, the UK’s Chief Medical Officer lowered the maximum “safe drinking” alcohol guideline for men from 21 units a week to 14, to bring it into line with that for women. That’s a mere six pints of Robinsons’ Unicorn, folks. I didn’t post anything about this at the time because it’s all been said before, and you eventually start suffering from “outrage fatigue”. The case against is well summed up here by Christopher Snowdon in his usual forthright manner.

A key point about this is that, while most existing drinkers were unlikely to pay much attention, by restricting the definition of “safe drinking” it immediately created a huge new population of problem drinkers, thus helping to keep the public health lobby in business without any increase in actual consumption. And, not surprisingly, “experts” have now expressed shock that millions of middle-aged men are drinking above government guidelines and do not believe it does them any harm. That could possibly be because they know the guidelines have been effectively plucked out of thin air, and it really doesn’t do them any harm.

The trade now seems at last to be waking up to the threat this poses. Paul Chase, director of drnks industry training consultancy CPL, has said that the trade cannot allow these overprotective new guidelines to stand and described them as “the opposite of science”, while CAMRA national director Nick Boley has rightly pointed out in a letter to the Guardian:

It is very easy to detect the joyless hand of the anti-alcohol lobby behind these guidelines. Indeed, one could surmise that they will only be content when every brewer, cider-maker, wine-maker, distiller and publican has been driven out of business, and a significant plank of our culture has been destroyed.

This letter is one of the most robust counters to the New Puritanism that I have yet seen from an official CAMRA spokesperson. I look forward to seeing more of the same. Hopefully the days are long gone when Mike Benner and others thought CAMRA should join forces with Alcohol Concern to fight the evil supermarkets.

There’s only so far you can go in appeasing the public health lobby when it is clear that their ultimate aim is your complete destruction. If you want to see the future, you need look no further than the current situation of the tobacco industry and its consumers.