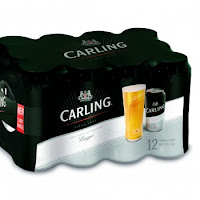 It’s almost an item of faith amongst people who subscribe to the “supermarkets are killing pubs” hypothesis that the supermarkets are routinely selling alcoholic drinks below cost, and indeed often below the aggregate of duty and VAT on duty.

However, Tesco and ASDA aren’t stupid, and they’re not realistically going to be selling what is probably the biggest single item in most people’s shop at a loss. Yes, they often have very keen prices, but the key factor behind that is driving a hard bargain with their suppliers.

As stated by Chris Snowdon here:


This blog has always maintained that supermarkets selling alcohol below cost-price is a myth dreamt up by the temperance lobby to feed the tabloid hysteria over binge-drinking. I have looked far and wide for examples of below-cost selling happening in practice and—aside from a few products being discounted because they're approaching their 'best before' date—have never found any.

He goes on to quote Richard Dodd of the British Retail Consortium saying:


“if you just stop and think about it for a minute, no business could survive - let alone thrive - if it was routinely selling large amounts of product at less than it was actually paying for it.”

So, here’s a challenge. If you believe that supermarkets really do sell alcohol below the cost of duty and VAT, find me a real-world example in one of your local stores.

Interestingly, the other day I spotted a “special offer” in my local Tesco - four cans of Carling for £3.50. That’s about 50p per unit. So the supermarkets are flogging dirt-cheap alcohol, are they?