Pals when it suits 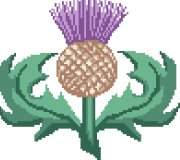 Apparently there are plans to allow 16- and 17-year-olds to vote in the forthcoming Scottish independence referendum, a proposal regarded with some scorn by Jackart here. However, young voters may care to recall that only a couple of years ago there were serious plans to raise the minimum drinking age in Scotland from 18 to 21. It seems that Salmond is happy to woo them when he wants their votes, but at other times is quite prepared to take away their rights. The stench of hypocrisy is overpowering.

Mind you, if the Scots decide to vote for independence, they will be able to have all the minimum pricing, duty rises, border controls and age restrictions they like. But it will make the whisky industry, which would become the country’s biggest export earner, look increasingly like one of those US Bourbon distilleries operating in a dry county in Kentucky or Tennessee.